In 2021 VTT wanted to support the implementation of its new strategy through Emergy® Emotional Agency training, Tunto2. The training program involved all supervisors. Since this year all VTTers are able to study emotional skills, and about 10 per cent of them have already taken the opportunity.

When Tunto2 training became available for all VTT employees at the beginning of the year, both the Senior Research Technician Merja Selenius from Jyväskylä and Research Scientist Tuomas Jokiaho from Tampere felt enthusiastic.

“My immediate thought was that it sounded super interesting! I’m also keen on these topics outside of working life, so there was no need to persuade me to sign in for the training”, says Tuomas.

Merja agrees: “I like to interact with people, and I have already been an occupational safety and health representative and a member of the personnel association. When I heard about the training, it was clear right away that I was going to join in.”

Merja had first heard about the Tunto training from her supervisor, who had already shared experiences and lessons with team members during their own training. As the topic was of interest, the completion of the training was also added as one of Merja’s goals in her development discussion.

Together and at your own pace

Both Merja and Tuomas participated in the Tunto2 joint kick-off organised in the spring. The joint kick-off provided instructions for attending the training, and also encouraged participating in the training together with a colleague. Although multiform learning can also be completed independently, it was clear to both parties that it would be interesting to go through it together with a learning buddy.

For both, learning buddies were found in different parts of Finland with the help of HR and Yammer. “When your sparring partner is from a different research area or works in a different role, it allows for such valueble different perspectives to emerge during the discussion. However, when talking about emotional skills, the most important thing is the persons themselves, not so much the work role”, says Merja.

After a few twists and turns, Tuomas ended up as part of a sparring trio with two learning buddies, and he feels that going through the exercises and having reflective discussions has also worked well in a small group. The peer mentoring meetings has taken place at the end of each module, and the discussions have been so lively every time that the only problem has been the running out of time.

Merja and her learning buddy completed their training before the summer holiday, while Tuomas’ sparring team is now halfway through the programme. It has been important for both of them that the completion of the modules can be adjusted according to their own work situation.

“At times, however, this has been so absorbing that I have read materials in the car in the car park while my child has been at sports practice”, Merja laughs.

What lessons have they learned from the training? There seems to be an endless list, when Merja and Tuomas review their thoughts.

“Although many topics are already familiar, bringing them into the working environment is valuable and refreshing. It seems like emotional issues have long been pushed aside in working life and we have learned to behave like robots. The emotional side is a big thing at work, as in life in general. Emotions steer the world, and it’s crazy if you don’t pay more attention to them”, says Tuomas.
Giving feedback, recovery, solving unpleasant issues and making space for others’ feelings in interactive situations emerge as highlights as Merja and Tuomas list the topics discussed in the training. Merja explains that practical tools, such as the moments of calming down implemented with the help of Emergy’s recovery instructions, have become part of her everyday life. Emergy is a company focused on emotional skills and emotional management and a VTT partner in the Tunto2 training.

In addition to new methods and lessons learned, validating one’s own emotional skills and the ability to name them became important.

“Sometimes I felt like ‘I am already doing this’, but on the other hand, I couldn’t have named it as emotional self-disclosure or why it was valuable in certain situations”, Merja says.

Bringing gratitude and the expression of appreciation to daily work is also particularly important to Merja and Tuomas. However, emotional skills are not – and must not be – a matter of mere positive “hype”.

“People’s lives are a roller coaster of emotions, not just highs after highs. It is an essential part of life to feel fed up, grumpy and sad. Discussing these feelings is also important in the work community”, Tuomas says.

As a research community, VTT inevitably faces situations where alternative perspectives or competing opinions create tensions. When you add urgency to the controversial points of view, you might end up in a mess. Even if a disagreement concerns issues, emotions are always present. At worst, tension starting from a small everyday situation may affect the atmosphere for a long time.

“Practising such situations is valuable. When you start to recognise emotions, it’s easier to live with them. You end up with less impulsive behaviour and fewer disputes. It is not always a good idea to follow the first wave of emotions. Even a small pause softens interactive situations and makes them more positive and constructive”, Tuomas says.

A sense of urgency is often partly due – or at least a scapegoat – when emotions are pushed aside in working life. Honesty and openness are the best strategy with colleagues when they are in a hurry or stressed.

“For example, a better reaction than a mere grunt or thoughtless comment is to say, for example: ‘I’m glad you brought this up. Let’s come back to it tomorrow.’” Merja suggests.

“Few people are so busy that they don’t have time to say thank you, it won’t take many seconds. Sometimes it is easy to mask things by saying you are busy”, Tuomas adds.

Both agree that it doesn’t take big changes to make a change; instead, small gestures and genuine encounters are an easy way to make room for emotions at the workplace. Thanking is an easy way to start.

From the training towards everyday interaction

The Tunto2 training has been an “incredibly positive” experience for both Merja and Tuomas. Both also believe and hope that the topic of emotions at work remains part of the normal workday routines of everyone at VTT in the future.

“Just like first aid skills are sometimes reviewed in a team meeting, it would be good to return to emotional skills together from time to time. For example, we could consider together how to react to certain situations. Then, when those situations occur in real life, there would already be jointly agreed ways of dealing with matters”, Merja suggests.

Merja and Tuomas give special praise to the learning buddy working model:

“Sparring with the learning buddies has been eye-opening. Everyone experiences situations in their own way, and seeing them through other people’s eyes has made me realise things that never would have occurred to me. The discussion has been enriching”, says Tuomas.

Merja agrees: “The discussions I had with my learning buddy were incredible, and learning together motivated. I believe that the learning buddy system is suitable for many situations and I hope that it has come to VTT to stay.”

Both Merja and Tuomas emphasise the importance of genuine encounters and an open atmosphere in the workplace. And they don’t always ask much.
“Often times we’re so focused on work matters that we forget the human factor. It’s sometimes good to also ask: ‘How is it going? How are you doing?’ before jumping into the work agenda” Tuomas summarises.

PrevPreviousHave you lost your sparkle?
NextVTT is going ”Beyond the Obvious” – amazing progress in a time of great strugglesNext 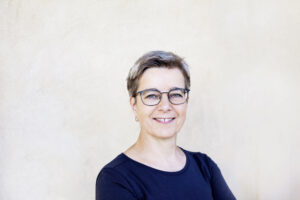 Birgit Daetz, the Director of Communications at Boligsiden Denmark, attended Emergy® training earlier this year with her colleagues. She had 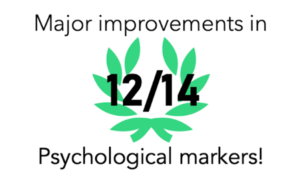 Most workplaces are struggling with reduced engagement and low job satisfaction as a result of the pandemic, the Great Resignation, In 2021 VTT wanted to support the implementation of its new strategy through Emergy® Emotional Agency training, Tunto2. The training 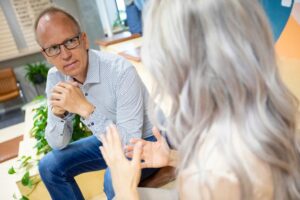 Have you lost your sparkle?

What happened to the joy and excitement you once had at work? Work is a great source of pleasure for 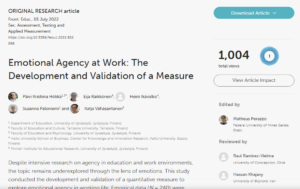 Agency refers to active human participation that has the power to make a difference and influence current circumstances. In working 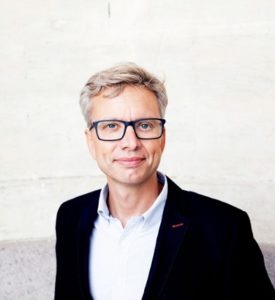 Building our emotional climate together

Peter Bruhn, CEO at Boligsiden Denmark, participated in Emergy® ‘Building emotional climate together’ training in the beginning of 2021. Boligsiden